Hello my lovely readers 🙂 I’m BACK! My short but sweet visit to NYC has finally ended and Mr Bao and I and arrived at 5:30am, I’m still pretty jet lagged so I’m not too sure if it’s today or yesterday . Nonetheless I’m home and feeling quite perplexed because even though it’s nice to be back with family and out of the cold…I wish we had more time to explore the city ~

In a nutshell, Mr Bao and I had the MOST amazing time in New York! We ate, drank and shopped so much it was crazy! We were basically having 5 meals a day and both came back with 2 full suitcases filled with new clothes, accessories and other bits and pieces that we bought! It was great that our hotel was situated right next to Times Square and only took a quick 5 minute walk for us to get the centre.

View of Manhattan from Brooklyn

Thanks to our Big Apple Greeter Julie (a free touring service) who took us over to Brooklyn, we got the chance to look at Manhattan from the other side and it was stunning! I’ve seen pictures of Manhattan before, but it wasn’t until I saw for myself…that I realised it was so pretty and well organised, with the different areas lying nicely next to each other. The night view from the Empire State building was even better ~ 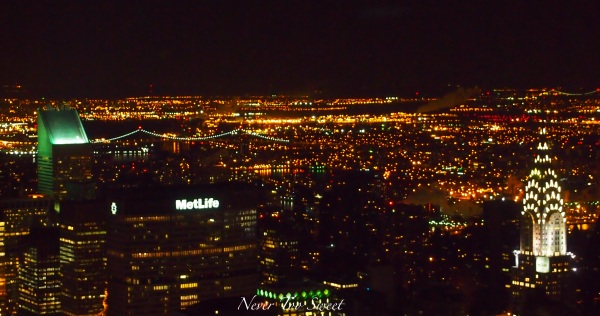 View from the Empire State Building

I have so much that I’d love to share with you 🙂 but after long chat with Mr Bao and little reassurance from Ms Piggy, I decided to dedicate my first NYC post to the one and only ‘SHAKE SHACK‘. So many bloggers have recommended Shake Shackand now I know why ~ although Shake Shack has been well blogged about, I couldn’t think of anything better and more addictive than the Shack burger!

Not only were we 5 minutes away from Times Square, it was only a 3 minute walk to Shake Shack in the theatre district 🙂 I had originally planned to go to Shake Shack on the first day …but I chose to go to Momofuku Ssam bar first because that was further away 🙂 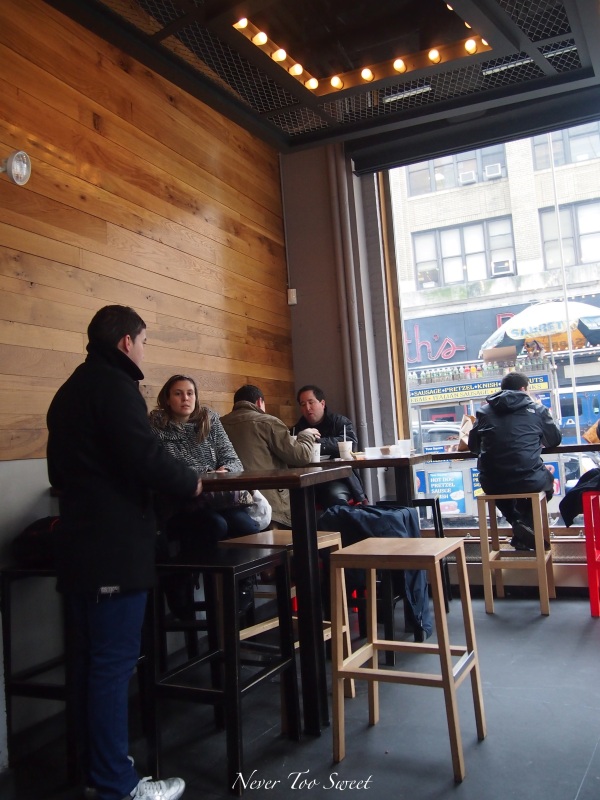 So hard to find a table

Eventually on the third day we finally made it to Shake Shack for lunch! When we got there the line was crazily long, yet it was only 11:30am and I didn’t expect it to already be so busy. I got Mr Bao to wait in line, while I was on the hunt for an empty table 🙂 after a good 15 minutes, I finally found us a table by the window and Mr Bao had come back to the table with a cute ‘buzzer’.

We were famished, the 10 minute wait seemed so much longer… *brrrrr brrrrr brrrrr* the buzzer finally went off YAY!

Mr Bao got the Double Shack which is hamburger with two patties and double the cheese, while I got the cheeseburger. I don’t think I can tell you which one was better… because they were both SO DAMN good 🙂 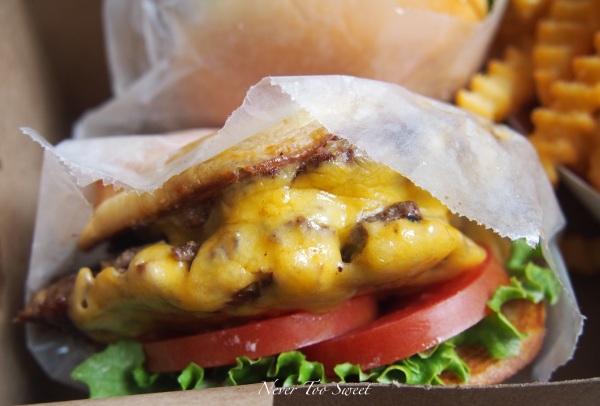 I swear these are the MOST delicious burgers I have ever had in my whole entire life! I never want to have a burger from Maccas or anywhere else! The patty was so flavoursome and with melted cheese, the right amount of lettuce and tomato I was literally in heaven! Oh and the bun was so light and fluffy 🙂 Usually when I have a burger I tend to pull it apart, but I didn’t have to do that for the Shack burgers! I just wanted to have another one! 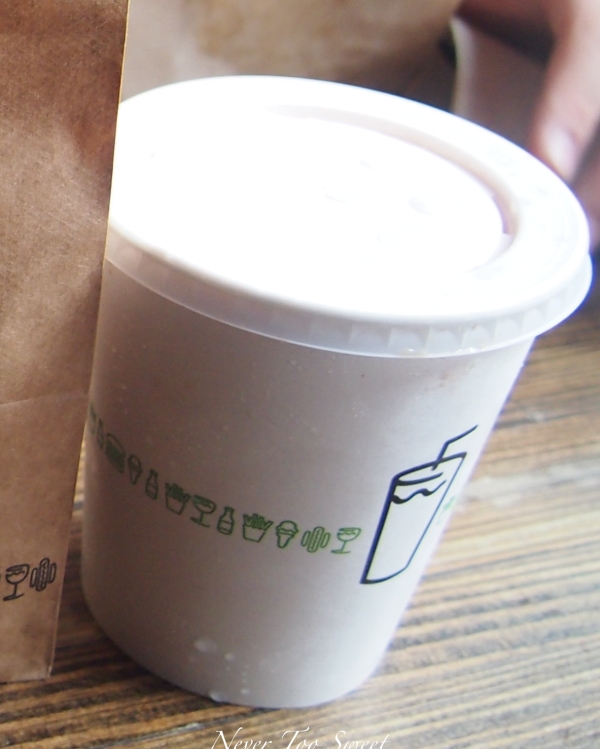 Best drink to go with burgers? It’ll have to be a rich, sweet and thick Black and White shake 🙂 which is basically and vanilla and chocolate thick shake!

I don’t want to think about the calories and the consequences of having these burgers because it was ALL worth it!

I also want to say a MASSIVE thank you to my dear friends Mary and Kalvin who picked us up from the airport, took us around and made our trip so enjoyable! Miss you guys xox

Your comments are my encouragement :) Cancel reply

All meals and products are paid for myself unless otherwise stated. Reviews and opinions are only based on my personal experience. © Copyright Daisy Wong 2012 all rights reserved http://nevertoosweetforme.com.